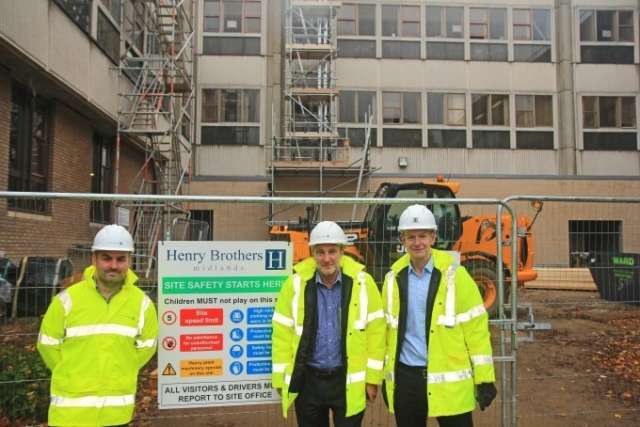 Henry Brothers and Franklin Ellis Architects have announced that works have begun on the second phase of Loughborough University’s major refurbishment of its existing science buildings.

The £30m refurbishment, which is being delivered by Nottingham-based construction company Henry Brothers, is due for completion in summer 2019.

Over the course of the last six months, since phase one began, W building has had a newly constructed entrance, fully refurbished physics, chemistry, tribology and acoustics laboratories and a new architectural studio space installed. Phase 1 is due for completion in January 2018.

Phase two of the works, which have just begun, will include the installation of a new entrance to the S building and refurbished research laboratories and teaching facilities.

Andy Dowding, partner at Franklin Ellis Architects, said: “We are now six months into the redevelopment of Loughborough University’s science buildings and it is fantastic to see the progress so far and to now be working on phase two of the scheme.

“This project will provide 21st century, high-end learning facilities and social spaces for students to enjoy for years to come.“

Prior to the redevelopment works, the W and S buildings housed lecture theatres, classrooms and ancillary accommodation.

Phase two of the works will also see an overhaul of the mechanical and electrical services of the building.

The refurbishment works is the third project win for Henry Brothers with the University since the firm opened its Midlands office in January 2015.

Ian Taylor, Henry Brothers Midlands managing director, said: “We are delighted to be continuing our relationship with Loughborough University. This is a challenging project, given the scale of the building and the live nature of the environment but we are looking forward to delivering a user friendly, modern facility for the University.”