The energy crisis and net-zero: preparing for the future 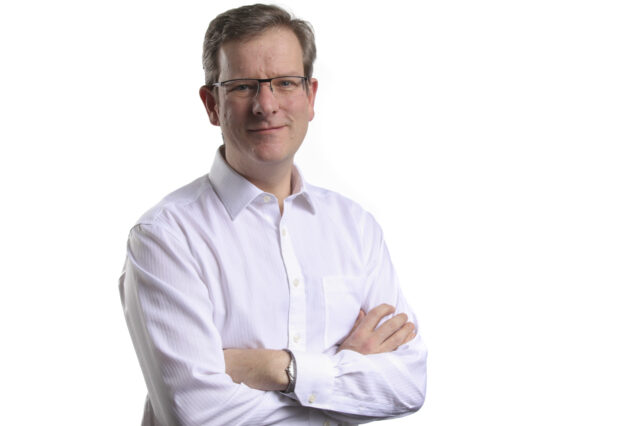 Ed Reynolds, technical director at Willmott Dixon, provides his insight into how the energy crisis has further highlighted the importance of procuring new buildings that will stand the test of time when it comes to energy consumption.

The energy crisis is impacting us all; it’s predicted that some businesses’ costs could rise by 250%, and that energy prices will remain significantly above average until 2030 and beyond.

Nearly all existing buildings, and most of the ones we are designing and building now, will need major upgrades to meet the required energy efficiency standards by the Government’s 2050 deadline. In fact, over 80% of the building stock expected to be in use in 2050 is already built, so as a nation we have a mountain to climb.

Some forward-thinking organisations that we are working with who procured buildings with the 2050 net-zero targets in mind are now reaping the benefits of lower running costs, which are somewhat protecting them from the energy crisis and its ever-increasing costs.

So, what types of things were those enlightened customers doing to create buildings that will stand the test of time? Here are what I see as the four key stepping stones:

1. They have already minimised the energy consumption of their buildings.

Many of us have made the swap to more sustainable lighting and equipment in and around our homes and places of work, but building fabric is a major contributor to how efficient a building will be.

If we maximise the orientation of a building to gain natural daylight, concentrate on a building’s form so we have compact shapes that themselves retain energy rather than shed it freely, and build in high levels of insulation and air tightness, this will give us a very efficient starting point and minimise energy consumption.

This really is the best way to spend money on developing buildings fit for the 2050 targets. These will give the longest-term gains and really should be everyone’s default going forward so any future upgrades to meet the 2050 targets can be as easily managed and incorporated as possible.

2. They have considered where they'll get the energy they need: generating their own or purchasing energy from new renewable energy suppliers.

Now that the most efficient building envelope and fabric has been considered, it’s time to think seriously about the equipment required to create a pleasant internal environment.

If we can generate our own energy to run simple M&E systems, such as PVs or heat pumps, then that is really being self-sufficient, but we can buy top-up energy in from renewable energy sourcing companies. This really sets customers on the way to achieving those net-zero carbon in operation targets.

3. They have stopped using fossil fuels.

The use of gas boilers is still common place but we have to step away from burning fossil fuels in buildings as these produce large volumes of carbon and this just isn’t compatible with net-zero carbon in operation buildings.

The barrier to doing this is that gas is cheap right now compared to electricity. However, it's widely expected that carbon taxes and disincentives to use fossil fuels are not far away, so the cross over point between what is the most economical energy source per kWh is likely to shift.

Designing buildings to be ‘net-zero ready’ means having a building that is ready to swap out gas as the primary source of energy and being ready to swap in electric as those energy prices crossover. Having an efficient building and one that generates some of its own power and having systems that are going to work with the different energy production systems is what we call being net-zero ready.

4. They are measuring and managing building systems once buildings are in use.

It's a sad fact that many buildings consume more energy than they’re designed to; this is called a performance gap. At Willmott Dixon we've been using our own Energy Synergy™ process to help customers and end users of the buildings we create use the spaces as efficiently as possible - so closing that performance gap.

The customers we've been working with recently are making some significant savings in energy costs and associated carbon. In the case of the University of Warwick's Sports and Wellness Hub, where we've run the Energy Synergy™ process for three years, we identified the opportunity for them to save £40,000 pounds worth of energy in the first year. Now in year three, because of the increase in energy costs, this £40,000 would equate to £104,000 annually.

It’s great to work with such enlightened customers. The investment for Energy Synergy™ is minimal compared to the savings potential created for the good of the bottom line, the good of the planet, and preservation of the building’s asset value.

If you’re interested in understanding more about our views on the energy crisis and how net-zero buildings or even net-zero ready buildings can ensure your property portfolio is fit for the future, please get in touch with me to discuss this further.