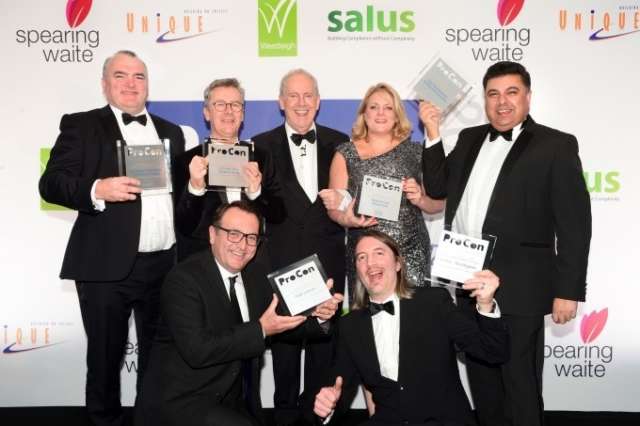 A house extension and a £43m university faculty building were winners, as were student flats, the restoration of a Grade II listed former chapel and a green thoroughfare.

De Montfort University claimed two of the six awards. And a new category was won by a photograph of a business building in Market Harborough.

The developers, architects, contractors and consultants who worked on the projects celebrated their successes on November 9 at the King Power Stadium. More than 620 people attended the ceremony which was hosted by broadcaster and former MP Gyles Brandreth.

The categories and their winners are:

Gyles Brandreth presided over a raffle at the ceremony, which raised £7,840 for The Joe Humphries Memorial Trust.

ProCon chair Pam Allardice, of the construction law firm Allardice Associates, said: “On behalf of the ProCon members I congratulate the winners and the finalists. Our thanks go to everyone who entered, to our sponsors and to our judges.

“This is the fifteenth year of the ProCon Awards and, once again, outstanding projects have been chosen as winners. Their quality underlines the strengths of the businesses and people behind them.”