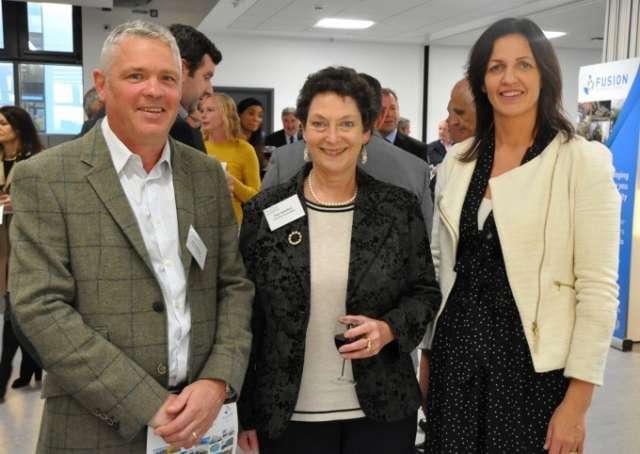 The finalists in the 2018 ProCon Leicestershire property and construction awards were showcased at an event at De Montfort University’s Vijay Patel Building, itself a winner in 2017.

ProCon members and the awards sponsors were invited to meet the people behind the successful projects, which include a home for chimpanzees, a footbridge and a city centre pub.

The event was sponsored by Fusion Electrics, whose business development director Joanne Skinner said: “It was a privilege to sponsor the ProCon Awards Finalists Showcase.

“This was an opportunity for Fusion to celebrate construction innovation in Leicester and its surrounding areas. The Fusion team would like to wish all the finalists the best of luck.”

Eighteen new, refurbished and extended buildings and infrastructure projects are in the running to be named winners in the sixteenth annual ProCon Leicestershire Awards.

Five photographs by two photographers are competing in the category for the best Architectural Image of the Year. They and the developers, architects, contractors and consultants who worked on the projects will find out on November 15 if they have won a coveted award.