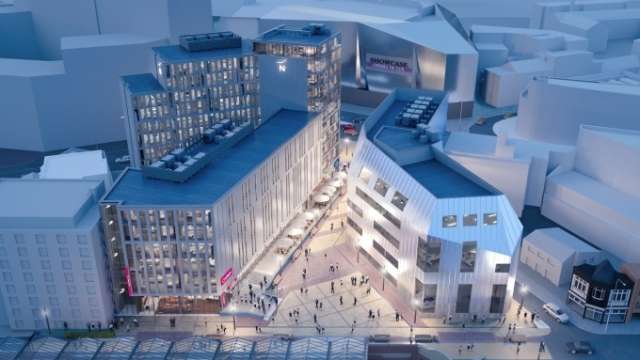 CSB's ambitious plans for the historic site at Vaughan Way, directly opposite the Highcross Shopping Centre, are one of the most significant projects for the area to date. Once completed, the scheme will consist of two new hotels for Novotel and Adagio, an office block, renovation of the former Leicester Central train station, the creation of a new public square and a super crossing across Vaughan Way linking to the city centre.

Led by partner, Nick James, the specialist construction team at Howes Percival (Simon Franklin, Director of Construction and Lora Moutafova, solicitor) have been working with CSB from the outset of the project to put in place the full suite of legal construction documentation for the scheme. This included extensive negotiations with the building contractor Morgan Sindall Construction & Infrastructure as well as the professional team responsible for designing the scheme.

Joseph Murphy, Director at CSB, commented "The service we have received from Howes Percival on this matter has been excellent. The team have always been on hand to address queries promptly and to the point and their drive and focus has really helped progress matters."

Commenting on the redevelopment, Nick James said, "We are delighted to be working with Charles Street Buildings on this exciting scheme. Bringing back into use a site which had previously been vacant for nearly 40 years will be a tremendous boost to the city and its skyline."

Howes Percival acts for many of the biggest names in construction and real estate, including some of the country's largest housebuilders and commercial developers. From site acquisition and strategic planning to construction contracts and dispute avoidance, Howes Percival has the legal expertise and in-depth sector knowledge to provide commercial development clients with a comprehensive service, tailored to their needs.