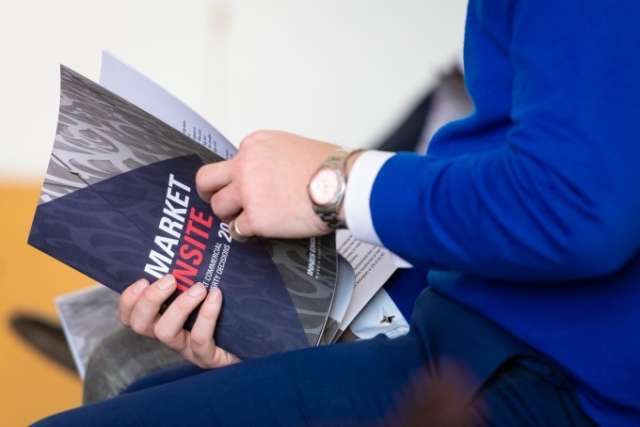 LEICESTER’S property market enjoyed a fruitful year in 2018 with all sectors performing well, according to the city’s annual in-depth commercial property review published by Innes England.

The company’s Market Insite report, which monitors trends in the regional property market across Leicester, Derby and Nottingham, highlighted a strong year for all sectors of the market with growth in the office and industrial sectors – and notably an increase in prime rents at Highcross shopping centre for the second consecutive year.

In Leicester, the 2018 report highlights:

Peter Doleman, director at Innes England, said: “It has been a positive story across the board in Leicester over the last 12 months with some strong figures from each market sector – and it looks as though 2019 will continue in a similar vein thanks to a number of new developments coming forward.”

Prime rents in the industrial sector have risen by almost five per cent a year since 2013, sitting at £6.75 per sq ft in 2018, driven by a shortage of good quality space – something which has started to change during the last 12 months.

“In the industrial market, we have seen several new developments boost supply across the region particularly within the big box market, but there is still a shortage of good quality second hand space which has driven rents and prices up across the board.

Peter added: “The imbalance between supply and demand is now being slowly redressed, with new development now underway that will provide both small units and larger distribution units for the market. Of particular interest to many occupiers has been the start on site at Leicester Distribution Park and the provision of two mid-box units of 50,000 sq ft and 60,000 sq ft, a traditional gap in the market place.”

Leicester’s office market also performed well in 2018, with take-up rising 42% on the last year. Prime rents also reached a record high for the city at £18 per sq ft – with secondary rents also increasing.

Associate director at Innes England, Jenny Clarke, said: “Take-up in 2018 was a real improvement on 2017, but we still have a shortage of good quality office accommodation across the Leicester market so second-hand space dominates supply.

“There is strong demand in the city and an increase in take-up reflects that, but there is still a shortage of high-quality new supply coming through to market. There is some speculative development taking place in the city centre at the moment at No1 Great Central Square, which is a really positive sign and will certainly test the market.”

The Market Insite report, now in its twelfth year, showed that Leicester’s retail market bucked the trend and performed well in 2018. The extensive redevelopment of Highcross Shopping Centre is nearing completion and has brought with it new occupiers including Zara.

Highcross also dominated the investment market, which was up 61% on the previous year at £412m boosted by Hammerson’s sale of a 50% stake in the shopping centre to Japanese bank Norichukin.

Peter said: “The property market in Leicester performed well in 2018, and the signs are there that this is likely to continue over the coming year across the various market sectors. With both new industrial and office development in the pipeline, occupiers now have options and an ability to appropriately satisfy their longstanding property needs.”

“The positive performance of the retail market in Leicester has also been encouraging both in and out of town, which is a welcome boost amid challenging times for the sector nationally.”

Find out more at http://www.innes-england.com or join the conversation at @InnesEngland.