Trio of promotions at BSP Consulting 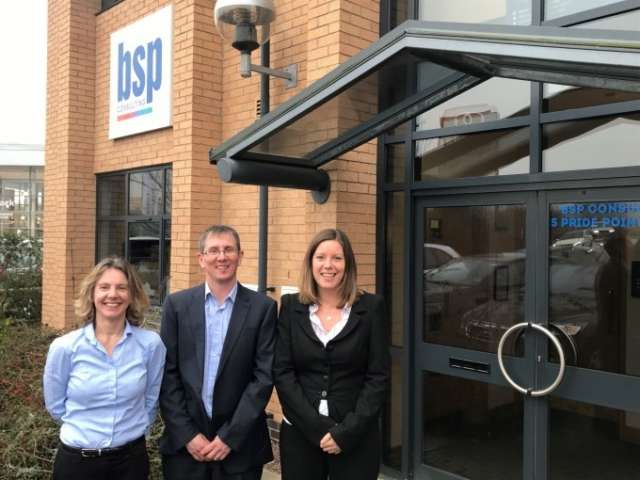 Three members of the team at civil and structural engineering firm BSP Consulting have been promoted to new positions.

Carol, who works in BSP’s Leicester office in De Montfort Street, joined the company in July 2004, while Monika, who is based in the Derby office at Pride Park, joined in January 2014.

Tim, who has been with BSP since 2005, heads up the civil engineering team in Leicester.

BSP MD David Sumner said: “These changes reflect the much-increased responsibility levels that Tim, Carol and Monika now embrace and perform for the company. I and the BSP team congratulate them on their achievement.”

BSP, which is based at Oxford Street, Nottingham, provides a comprehensive range of consultancy services in civil, structural, geotechnical, transportation and environmental engineering to all sectors of the construction community, from architects, project managers and contractors to developers and estate agents. It was founded in 1999 and operates across the East Midlands and the UK.